Please see update on the bottom of this post.

This historic track has been hosting events since the 1960's including Nascar, Indycar and NHRA.

It's both fast and technical, you have to be precise with your car placement. Over-driving will not yield success here.

The last round proved to have some tight aggressive driving through the field and a few spins to go along with it.

The points heading into Round 3 are as below: (Points Site Here, password is wahwahwah 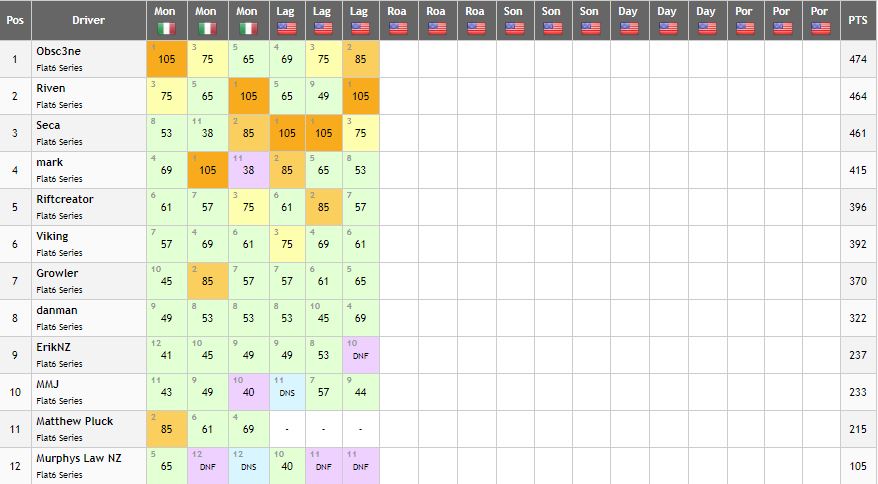 The weights for Round 3 are below (Riven will apply the same type of script run for the previous few days so people can practice on the server with their allocated race for Race 1): 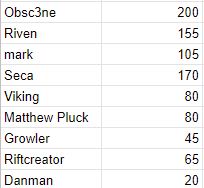 Also quick apology, the screenshot I posted on discord last night was incorrect

Special Notes for Sonoma
Pit exit and the racing line for T2 (the top of the hill) are very close, so please broadcast when you are leaving the pits. The same can also be said for pit entry.

The pit lane is very long, so there will be some strategy in terms of when to take your pit stop in race 3. Also I would be conservative on getting down to speed for pit lane entry, as any drive through will cost you a large chunk of time.

Pit lane seed limit ends at the below line - ignore the white ones where the lights are.

This track is bumpy in a few spots, so if you have a direct drive wheel or have Donald Trump hands then you may need to turn down your FFB for this round.

The concrete on the other side of the curb on the exit on Turn 10 (before the hairpin) is actually dirt, do not run wide here!

We'll run NASCAR rules for turn 4 down the chute - as in you can run as wide as you'd like beyond the yellow lines - there is diminishing returns doing this so don't out brake yourself. On the same note, if you attempt to pass someone around the outside (so you were initiating the pass) you cannot come from the other side of that yellow line to cause an incident

UPDATE
We have discovered that Road America track is causing more than performance issues with the server, but actually crashing it. So Road America has been removed from the calendar.

The remaining rounds will be moved forward a week, with Cleveland coming in for Round 6. Round 3 will still take place on Tuesday Feb 26th as originally scheduled. Apologies for the inconvenience this has caused people who have already run practice laps.

This thread has now been updated with Sonoma specific details
Top

Any chance of getting the server up?
Top

it was, must have crashed
Top

Road America has been removed and replaced with Sonoma for Round 3.

Round 6 will now be Cleveland as initially mentioned in the main league thread.
Top

I believe the server is running the Indy circuit but the post suggests nascar...?
Top

RGVkiwi wrote:I believe the server is running the Indy circuit but the post suggests nascar...? 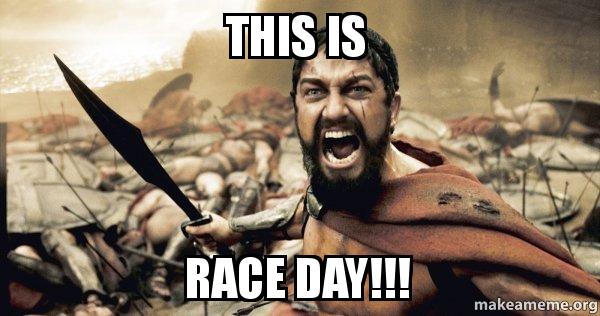 Ended up really enjoying last night, especially the 3rd race where there was a bunch of people vying for position in the middle stint of the race.

Ended figuring out that finesse wasn't working, but balls out side ways with locking brakes and compression locking was the key to speed here.

That is definitely the most difficult circuit on the calendar, so well done everyone on completing all the races.
Top

Race 3 was definitely the best race for me!
Top

Really enjoyed myself too, thank you.

note to self, must work on silly mistakes!
Top

Had a damn good race with RVGKiwi in race 2