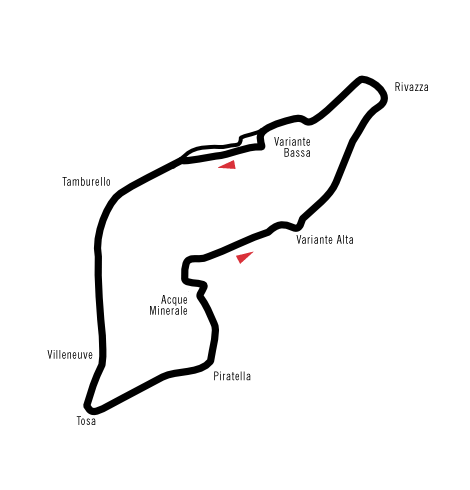 Round 2 of the KSR 1991 F1 Championship takes us up to Europe and Autódromo Enzo e Dino Ferrari aka Imola.

The circuit is named after Enzo Ferarri and his son Dino.

The circuit hosted the San Marino grand Prix (the Italian Grand Prix was usually held at Monza) up until the 2016 season.

The most famous of these Grand Prix weekends was 1994 where 2 drivers (Ayrton Senna and Roland Ratzenberger) both had fatal accidents. Rubens Barrichello also had a horrific accident on the Friday practice session.

We're running the historic version of this track before this weekend, so Tamburello is flat out as is Villeneuve corner.

Compulsory Pit Stop
After testing, I have switched back the rule You must run both compounds of tyre. Apologies for the confusion (you still cannot pit on the last lap, and you cannot run qualifying tyres in the race). Also note that the 2nd place finisher from round 1 made 2 pit stops, so again the least amount of pit stops may not be the fastest way to finish the GP

Additional Information
This is a harder track than Interlagos, so if possible do some practice. However some really impressive driving in round I so hope that continues.

The fuel tanks actually have a capacity of well over the default of 110L, so fuel should not be an issue for anyone, however bear in mind, the less fuel you run, the faster you can be without being as hard on the tyres.

The engines do not last long after getting hot - make sure to run enough cooling and have boost adjustment buttons mapped. Same for the tyres (ask me how I know). If you slide\spin the tyres they get very hot and wear out quickly.

I'll be on for a bit tonight, tough track, really have to watch the kerbs!
Top

Apologies for any confusion caused by this.
Top

OK, so we're now back to using hard and softs for the race?
Top

Erik wrote:OK, so we're now back to using hard and softs for the race?

Riven wrote:I'll be on for a bit tonight, tough track, really have to watch the kerbs!

I'm quite trash around here so far
Top 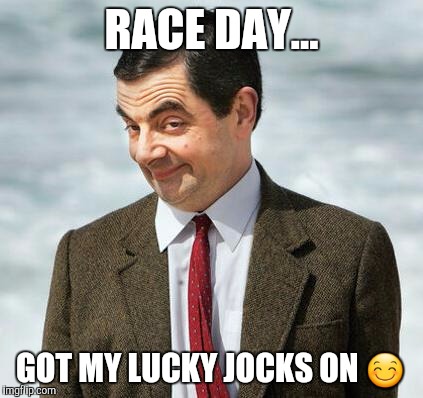 Thanks for the racing last night guys.

Was very last minute decision after a quick test drive 3 days after knee surgery so appreciate the help in getting things sorted and connected. Looking forward to magny cours next week!

Hopefully we might have some Mclaren's in the mix!

or I might be asking for an upgrade from the Jordan

Once again abandoning poor old Bertrand, didn't he get done for bashing a taxi driver or something?
Top

All things considered, I think you did extremely well - still gutted about the botched pit stop (21 seconds to repair damage that wasn't required) and then in my frustration banking a drive through penalty before blowing my engine trying to catch up with you again!

It was a great race though, very tough and there were plenty of casualties. Thankfully I managed to pass the threshold to still get points for my 5th place. Thanks to our team's number 1 driver (which sure as hell isn't me), Scuderia Ferrari is doing pretty well at the moment!
Top

Interesting night, bad start, got a rhythm in the middle and pretty stoked to finish 3rd - with less than 4 brake rotors for the last couple of laps and one over the finish line

.
"Ooooh, Can someone please, remove these, cutleries, from my knees" - fotc
"All those who hate speeding tickets, raise your right foot"
Top
Post Reply
11 posts • Page 1 of 1