Please note we're using the modern layout of Adelaide - akin to what is used in the V8 Supercar series currently.

For the final round of the KSR 1991 F1 championship we head down under to the Adelaide street circuit.

The track is in downtown Adelaide, and was first used for a Grand Prix in 1985, an event which lasted until 1995. Currently it's most famous for hosting the opening round of the V8 Supercars championship.

The 1991 version of the race is still the record holder for the shorted Grand Prix of all time due to the horrific conditions faced by the drivers. These conditions will be replicated in our race on Tuesday

Compulsory Pit Stop
If the round is declared wet (more than half the field running wet tyres), then the rule regarding mandatory running of both compounds of tyres is removed for the race. This is just a disclaimer, as we expect the race to be wet....but rfactor sometimes does rfactor things.

Additional Information
rFactor 2 isn't great in the way it does tyre wear on a wet track. As when you spin a tyre in the wet in the sim, the tyre seems to act the same way as if it was a dry track, meaning tyre wear & overheating is a massive issue. People maybe need to make multiple pit-stops.

Setups will need to be different than used so far, generally you will require the negative camber to be reduced on all 4 tyres, downforce to be increased and the car to be softened up. I would also suggest running less boost than what we've been doing.

We will attempt to set this up so it's constant raining race all the way through, however if it does stop raining early enough, a dry line is an actual thing, but be super careful if you're going to gamble on slicks.
Top

Was that 1:08 set in our dry race (on wet tyres) or was that actually set in the wet? If the latter, could someone share a setup? I'm running full wings, 0 camber on the wets, boost all the way down but I struggle to even do a 1:18 as I simply cannot get the car to turn into the corners.
Top

Erik wrote:Was that 1:08 set in our dry race (on wet tyres) or was that actually set in the wet? If the latter, could someone share a setup? I'm running full wings, 0 camber on the wets, boost all the way down but I struggle to even do a 1:18 as I simply cannot get the car to turn into the corners.

These are a pain in the arse in the wet...unless you tootle around at 20kph. Smooth taking off not to spin the rears, get up to speed, any slight deviation from a straight line and around you go. Even maxing out the downforce doesn't help.
Top

I have to disagree to be honest Growler, I thought these had way more grip than I was expecting for the wet. Make sure you are using the wet tyre, and you get heat into them.
Kiwi Sim Racing - Trading Paints Showroom

I reckon they are awesome fun in the wet. I've never worked so hard to keep apexes and corner speed. I can feel my real world lap times reduce as we speak

I'll be on relatively early as I haven't had time to practice this week.

Besides that, hope to see you all there to end the championship in style.
Top 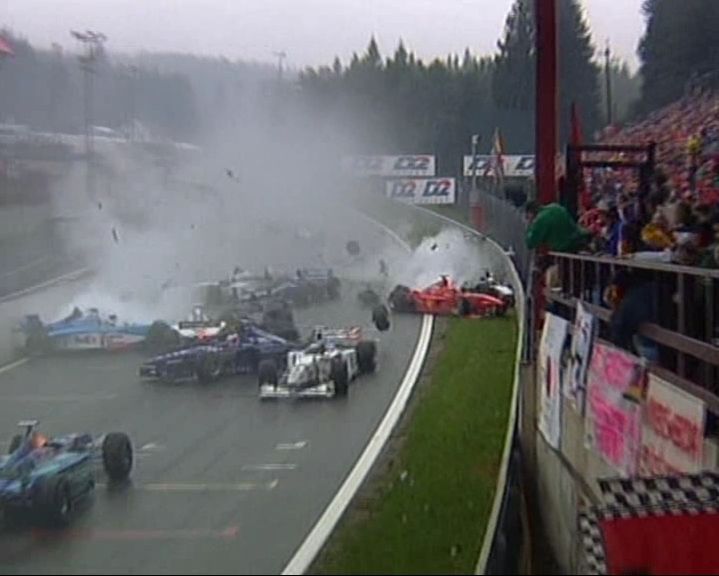 Update: Minor issue, the track never seems to drain or dry up? It just seems to get wetter and wetter all the time, regardless of the rain settings? (Riven was testing a bit earlier tonight, it doesn't seem to be possible to set it to "hold" to a certain level?)
Top

Sorry I couldn't make it tonight. I had to play tour guide, and find myself in Tauranga. I'll be back for the next competition.
Top

That was a difficult race...good knowledge for future events though.

Well done Matt on the win.

Well done Riven on the championship.

Thanks to all the participants, knowing they were a difficult car to drive the driving standard itself was pretty high.
Top

Thanks for the effort of organising this series Obsc3ne, these were a blast to drive and I would certainly welcome a second round of these in the future (perhaps Suzuka, Estoril, Monaco and Canada?). And also thanks to Riven for hosting.
Top

That wet Adelaide race was great fun.
If you are looking for some tracks, look up SimRacingHub and look into their RFactor 2 downloads section.
All the tracks they use for their online racing are there (over 20). Some you may not already have versions of.