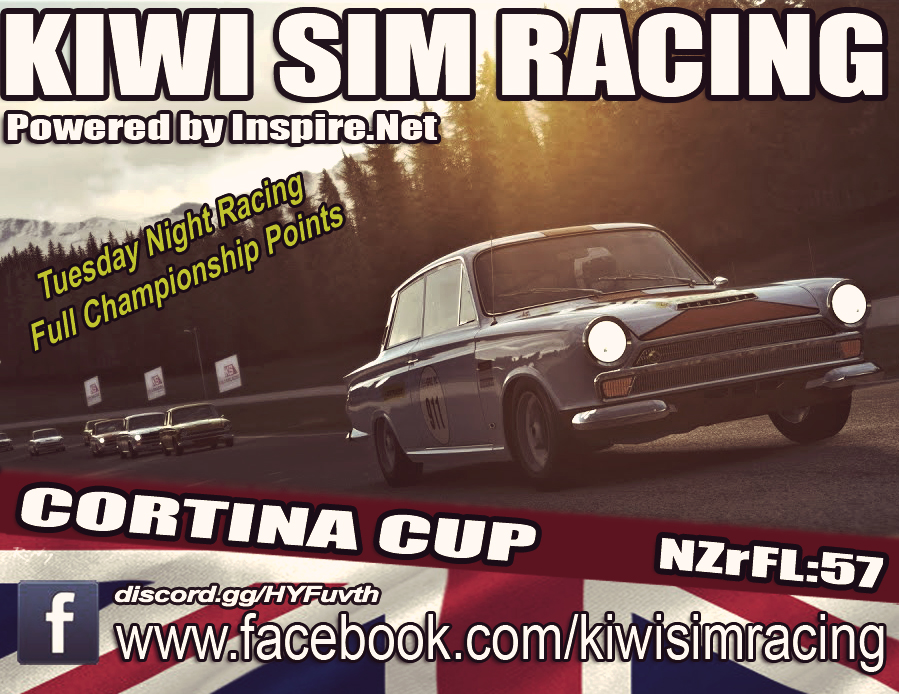 Yes I know it's Silverstone

Round 1 of the Cortina Cup take us to Cheshire, England and Oulton Park (Island Layout)

The track is known for changing gradients which creates blind crests and some very tight corners creating many passing opportunities....if you're brave enough.

It's been a staple of British motorsport since the 1950, and even hosted non-work championship F1 races for many years between 1954 and 1982.

This should create some interesting racing throughout the field, and many impressions of Fast and Furious Tokyo drift will be seen.

Hoping to get home in time from work for this, will definitely miss practice

Not enough opposite lock in that video.
Top

Have fun guys, I missed the endurance and was hoping to start tonight but I did something to my back on the weekend.. I did a few laps today and it was enough to tell me to give it a rest. Better to give it a rest then not be able to sit in my sim for longer

I've not enjoyed sim racing that much since the shift to rF2 which meant no HistorX mod, but last night changed that.
Perfect mod, perfect track

Looking forward to next week.
Top

Thanks everyone who showed up. Was a great night with a strong field of drivers.

Thanks everyone, some super fun racing with a bunch of different names.

The definite highlight was the brake markers being taken out at the hairpin and subsequently 10 cars all missing their braking at once.

To the new names, I hope you enjoyed it and you'll be back.

Was a heap of fun on Tuesday.
Didn't expect to see 4 wide given how thin that track was.
Just couldn't quite put all the corners together on the same lap for a 41

Unfortunately I'm out of town for round 2.
Have fun, and I'll see ya for round 3.
"Ooooh, Can someone please, remove these, cutleries, from my knees" - fotc
"All those who hate speeding tickets, raise your right foot"
Top
Post Reply
9 posts • Page 1 of 1